Attended by the representatives of various consulates, namely the Consul General of Malaysia and representatives from the Philippines, Indonesia and Kuwait. With over 20 major Muslim organizations in Hong Kong joining this event, the dinner raised more than half a million HK dollars within an hour, through donation pledges and an Islamic Arts Auction. There were also attendees from various national backgrounds including Bangladeshi, Indian, Indonesian, Arab, Malaysian, Filipino, Pakistani, Turkish, and many more. This truly shows the diversity of the Muslim community of Hong Kong and the unity of the Muslim Ummah in general.

Alhamdullilah, as of today, we have crossed the 1 Million HKD mark in our campaign.

May Allah SWT bless all the brothers and sisters who came, who donated, who helped organise this gathering. This success was thanks in great part to their enthusiasm to help in this landmark project. 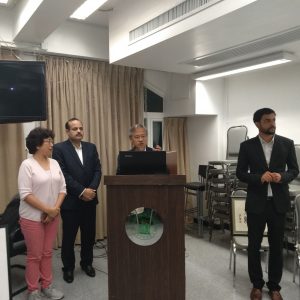 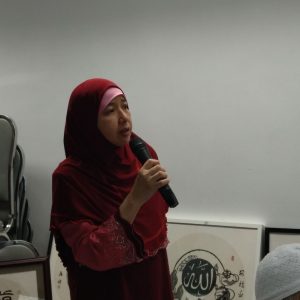 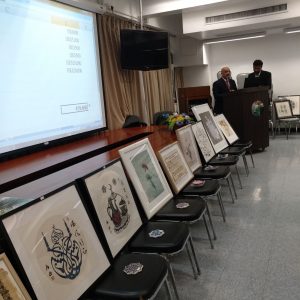 Almost 460,000 were raised by the end of the first hour, and this was announced after Isha before the Islamic Arts auction. Immediately, we recieved an anonymous donation of 100,000 to bump up the figure to 560,000. 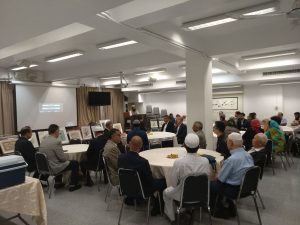 Alhamdullilah, may Allah bless all the brothers and sisters who came, who donated, who helped organise this gathering.

We will continue with the campaign throughout Ramadan to raise the target sum of 10 Million Hong Kong Dollars. This will include distribution of brochures to raise awareness regarding the project among Hong Kong Muslims at every level of society, as well as printed coupons of HK$100 fixed value which will be ‘sold’ by selected and vetted volunteers to help fundraise. Following Ramadan, we will also have Eid Ul Fitr prayer on the Masjid site to serve the local Muslims community needs. Also, further fundraisers will be held continuously to keep building the momentum such that this project is unstoppable.

InshaAllah, the Sheung Shui Masjid Project will commence as soon as we have raised sufficient funds to begin the works.

“Indeed, Allah will not change the condition of a people until they change what is within themselves.”

Background of the Project